Are you a big fan of daytime drama? If so, then for sure you have tuned in to one of the hottest and longest-running soaps in American TV, Bold and the Beautiful. The show is filled with lies, lust, affairs and dirty little secrets that give chills down your spine with each and every episode you get to watch. But what if you can also feel the show’s vibe and use it to win big money through the Bold and Beautiful scratchcard game. Yes, your favorite soap is now found in a scratchcard form.

This game may have a cheesy theme, but it doesn’t mean that it could no longer give you the thrill excitement like that in other scratchcard games. The Bold and Beautiful scratchcard is actually a lot of fun, not only for those who are fans of the show, but as well as to those who are just into playing scratchcards for the sense of good time.

What makes this scratchcard different from other formats is that you get to feel that you are really part of the Beverly Hills circuit, which is the main setting of the show. Each revelation of the frames not only equates to a prize, but more like you are unraveling the secrets of each featured character in the game. 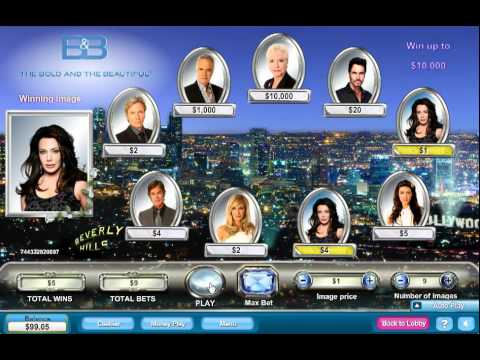 In Bold and Beautiful scratchcard game, the minimum bet you can place on each card is €/£ 0.10, which is the standard prize for most scratchcards around. This rate makes it easier for you to put wagers, because you can start low and progress to bigger bets later on. The maximum bet that you can make for each card is €/£ 90.

The maximum jackpot for this game is a whopping €/£ 100,000, and yes, this serves as your strongest drive to continue playing. Smaller prizes are determined by a number of factors, one of which is amount of bet you’ve made, and the corresponding prize amount represented by each of the characters featured on the game.

If you are looking for a way to get rid of boredom and at the same time earn good money with just a few spins, then the Bold and Beautiful scratchcard game would be the best choice for you. You also get entertained by the twisted vibe of the game as it can also be viewed as a side story of the show. And yes, this game is also a good place for you to practice playing on scratchcard chances, especially when you are looking for strategies to win bigger earnings in such games.